You are here: Home / Case Studies 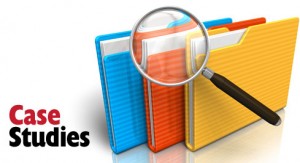 Please click on the following case studies to read more about them:

A younger student inadvertently caught the arm of an older student between tables, when moving furniture and the older student punched the younger one in face. Following the incident, the two students, who had previously enjoyed a supportive friendship, were then kept apart by staff. The older student was ‘fixed term excluded’ and when he returned to the Provision staff requested a restorative intervention. The elder student had not previously behaved in this way at the Provision, but his placement at this facility was arranged following similar incidents at his school of origin. Read More….

In the early hours of the morning, three young men aged 17 and 18 broke multiple car windscreens and in five instances took items from the cars.  The judge asked that a restorative meeting be explored.  It was the young men’s first appearance before the Court.  All car owners were written to and 12 agreed to attend and chose to bring family or support people with them.  The three young men were also approached and had the support of either parents or a social worker.  Read More….